CHICAGO – Continuing its dominance for the past 11 years, Texas once again tops

moves performed by Allied Van Lines, one of the world’s largest moving companies.

and vice president of Allied Van Lines. “Corporate moves continue to influence these

results, with corporate relocations strongly favoring moves to Texas in 2015.”

California once again topped the list as the Most Mobile State, with more than 12,000

destination state. But 2015 saw a sharp change in magnet status, as California

dropped from 15th most inbound state in 2014 down to the 7th most outbound state.

Other states with big changes on the list included Ohio, which regained a place on the

inbound, and Louisiana, which moved from a neutral state in 2015 to the 16th most

outbound moves, with 1,343 moves out of state. This makes Virginia a newcomer to

the top 5 outbound states, which had been the same five states (though in varying

decade, Michigan has escaped the top five outbound states list, coming in as the 6th

No one has commented yet. Be the first to post one!
Connect 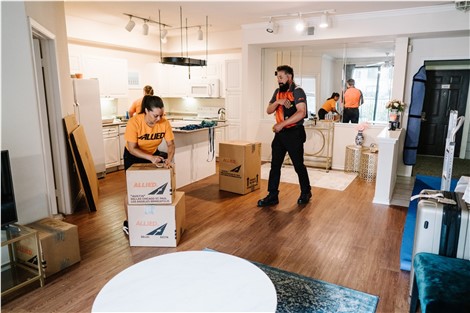 Get a FREE Moving Estimate Today